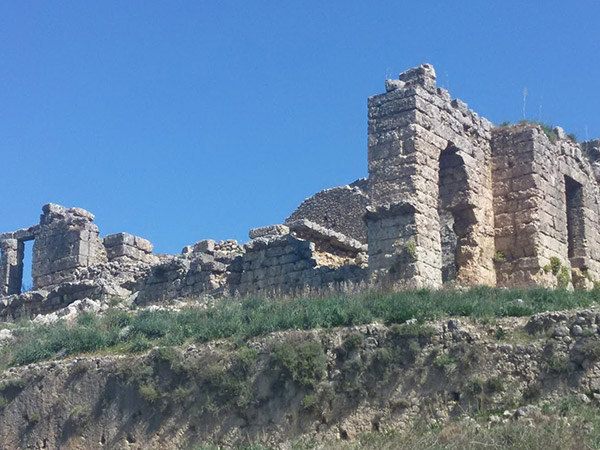 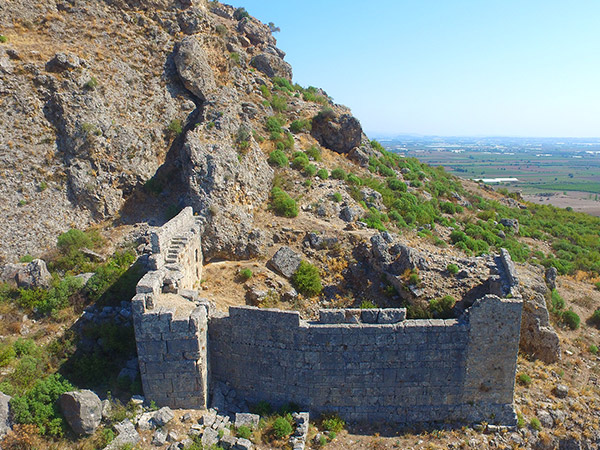 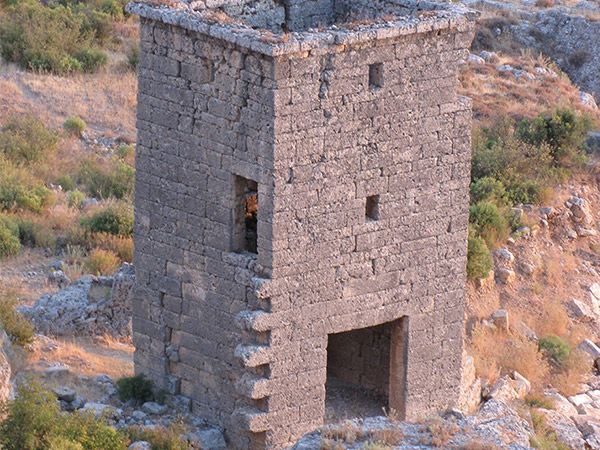 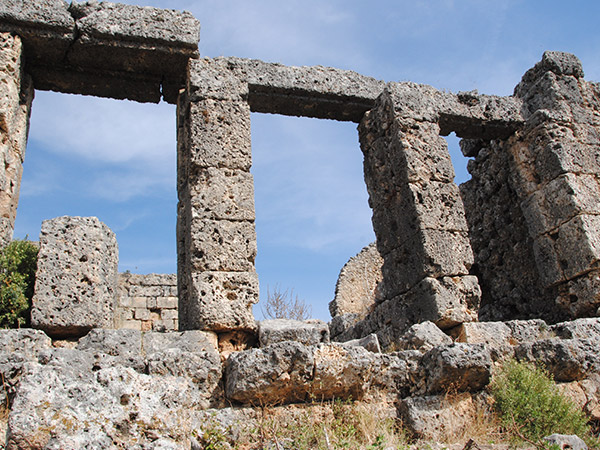 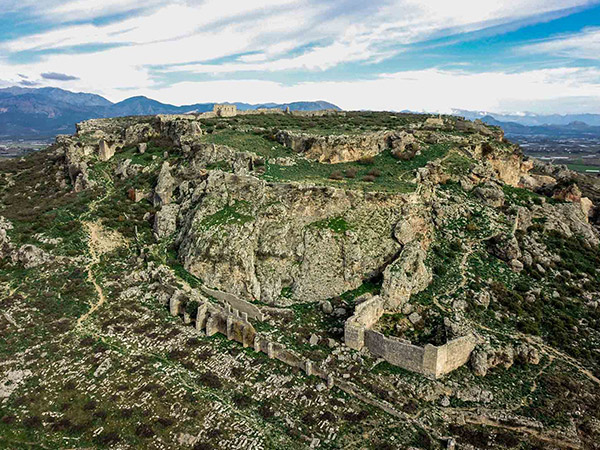 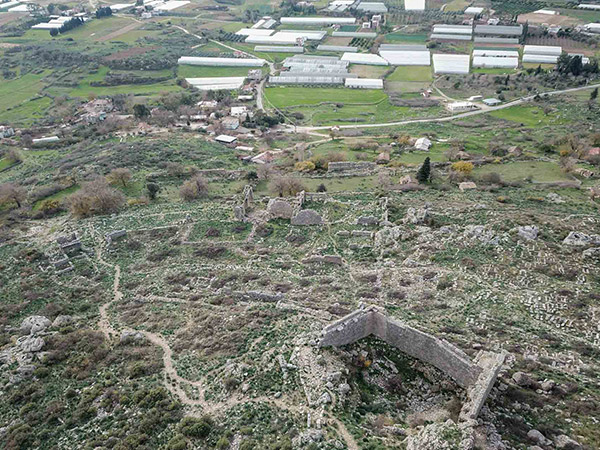 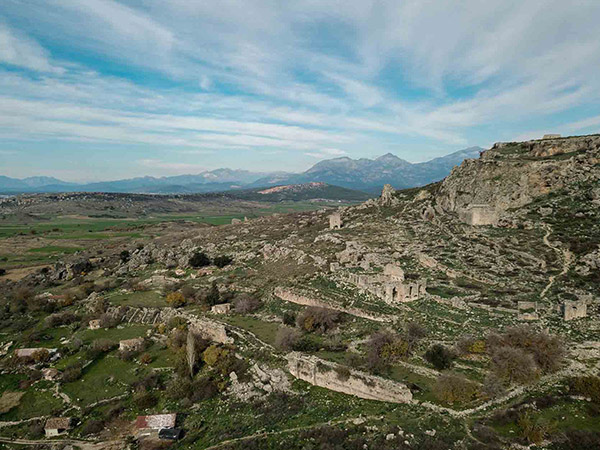 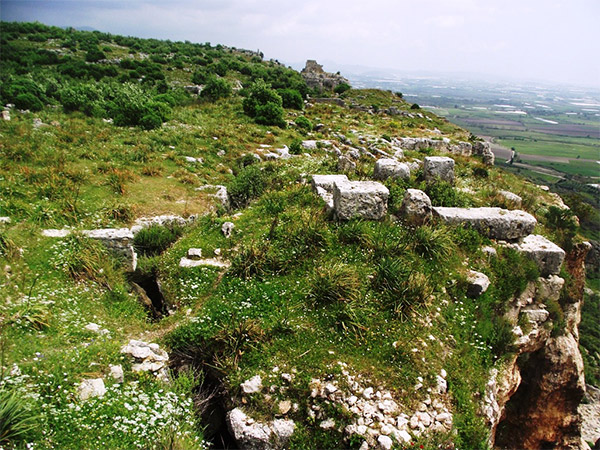 It is founded at north east of Perge, 12 km. inside the sea, in the middle of the plain, on a wide and shallow shaped steep and high hill. Antic city is reached after a 5 km. of road when turned from Eski Yörük Village, at 29th km. of Antalya - Alanya Highway.

The city, which is founded during IVth century B. C., and was a Bishop center during Byzantium period had lived the Seljukian periods. Slightly steep west side of the hill is surrounded with ramparts, remaining from Hellenistic era. These ramparts are completed with towers, gates and roads to city. Gate of the city is on the ramparts, at the west part of the hill. When you go upside of the hill at north east side house ruins, streets, at west, Selçuklu Mosque, Byzantium Church and cistern can be seen. At the south west foot of the hill, there is a theater with 8.000 persons capacity and an odeon adjacent to it. 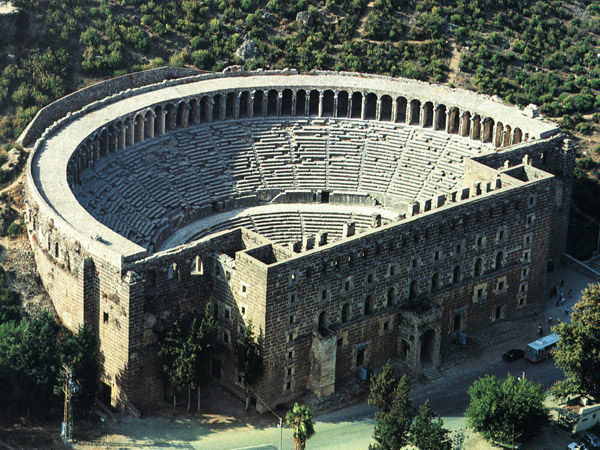 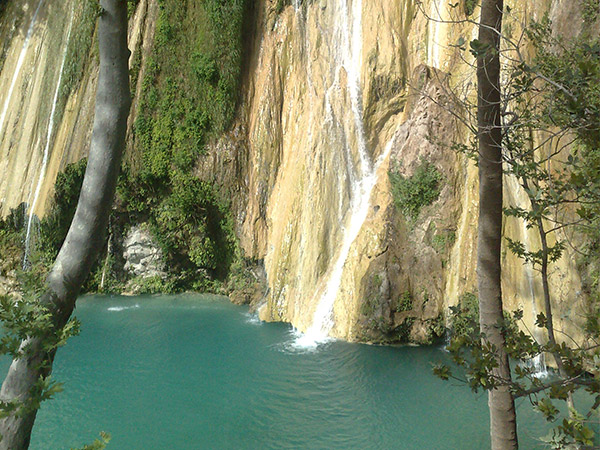 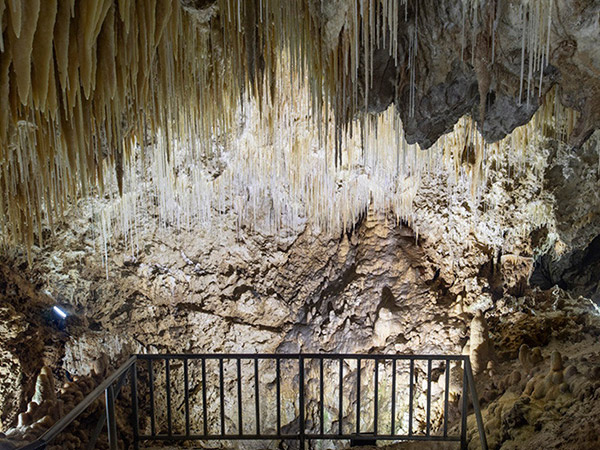